Sending an email at the right time increases its chances of success.

The same principle holds for email. Did you know that an email sent at 6:00 A.M. is almost three times as likely to see a link clicked as one sent at 4:00 P.M.? It turns out that scheduling messages for times when people are feeling fresh (and have high blood sugar!) makes them significantly more likely to have a successful result. The best times to send messages, according to their likelihood of being opened and interacted with, are before work and during lunch.

Of course, few of us want to be firing up the old email system before 6 in the morning, or spending our lunch hour on the computer. Fortunately, email technology can help us. There are tools that allow us to write and schedule a message now, but have it be sent at a later time. 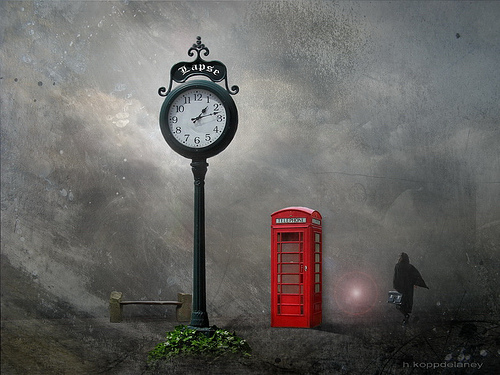 In addition to boosting the chances our message will get read, there are a lot of other handy reasons we might want to write an email now, but have it sent later:

One other, somewhat sketchy tip: Unsubscribe rates for marketing email is significantly lower during weekends than during weekdays (controlling for opens), probably because we're in a better mood. You might try sending messages that recipients might perceive as annoying on the weekends, when people are more tolerant. Please don't let your recipients know you heard this from us.

There's one other important reason you might want to schedule your messages. Email begets more email. If you've ever sat down to go through your inbox in one fell swoop, you may have noticed that by the time you finished, half the people you emailed had already replied. It turns out a lot of people haven't turned off notifications, so the moment they see your email arrive, they dash off a response, making it nearly impossible to ever be done.

Sending later can provide a sort of "flow control" for your email. You can go ahead and write a response to someone now, then schedule it to go out in 45 minutes, or an hour. That way, you don't have to spend any more time thinking about the message, but you make it impossible for the other person to turn your inbox into an IM conversation. Using this technique on most of your non-urgent replies can make it much easier to handle all of your email without a flood of messages pushing your inbox count right back up.

Today, we'll show you how to schedule an email for later. We'll ask you to pick some messages that are important (preferably messages where you have a request to make, or need something from someone), and have you schedule those to go out at optimal times (6:30 AM or 12:30 PM). For the rest, let's use the flow control technique to schedule all non-urgent replies.

Choose a configuration above to see today's action steps.

Outlook includes the ability to schedule messages by default. In Microsoft-speak, the key term is "Delay Delivery." One important note: Outlook's delayed delivery feature may not work if you do not have your computer on and Outlook running. Some versions of Exchange will deliver the message at the scheduled time without Outlook running, but for other versions or other mail providers, if you turn off your computer, or close Outlook, your message will be sent the next time you run Outlook. To be safe, test your configuration before relying on this feature!

Scheduled sending was the final stop on our material for improving our effectiveness when writing messages. Tomorrow, we'll review and reinforce some of the highlights from the past few days, then we'll move on to some advanced, more situational techniques.

In the interest of transparency, we'd like to explicitly make it clear that we are also the people that make Boomerang. We're mentioning it here because it works better than anything else we've found for solving this problem. All of us find it indispensable. While we do benefit from selling subscriptions to the service, we will not use any revenue from ReviveYourInbox sources to torture small animals, prop up dictatorships, or sow chaos across the world, we promise. FYI: this is the last time any of our products will be mentioned in the course (at least we think it is).